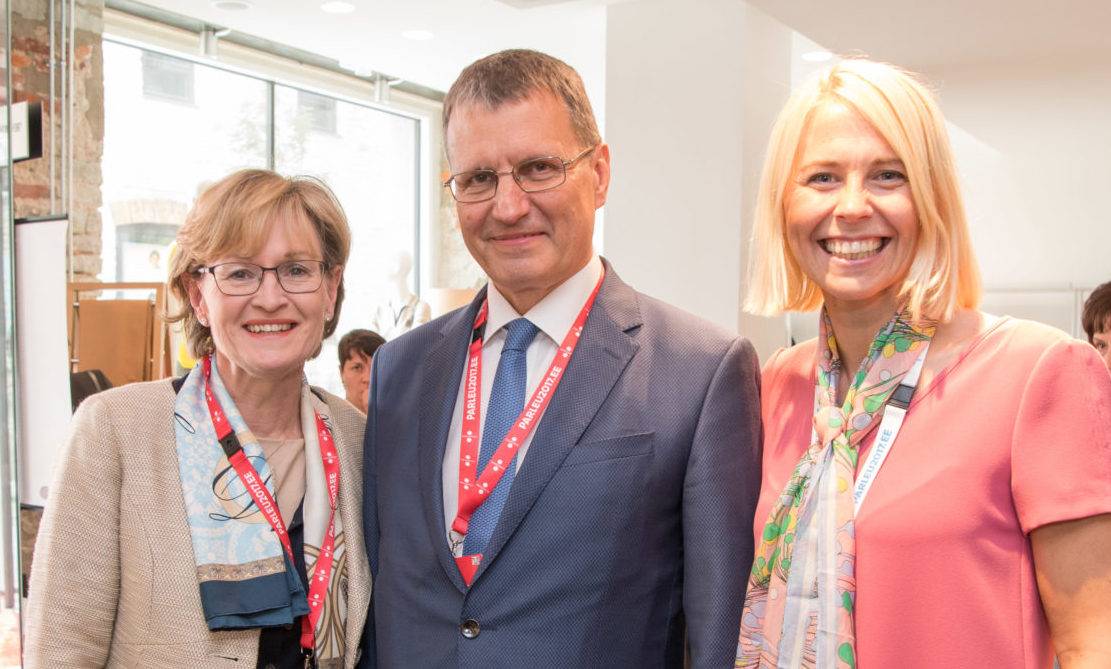 Estonian Presidency of the Council of the EU

Tallinn Design House was visited in conjunction with Estonian presidency of the Council of the European Union.

The Presidential Troika of COSAC, which is made up of the current Presidency holder Estonia, the preceding Presidency holder Malta and the next Presidency holder Bulgaria, also met in Tallinn. The purpose of the meeting, which is also attended by a representative of the European Parliament, is to ensure the continuity of the work of COSAC. The Estonian delegation has three members: Toomas Vitsut, Marianne Mikko and Jaak Madison.

All delegates had a chance to visit Tallinn Design House showroom, established by Tallinn Business Incubators. During the visit delegation was introduced to Estonian design and the activities of Tallinn Creative Incubator. Discussions were held on companies’ ability to enter foreign markets, interdisciplinary technology transfer and cross-border partnerships. CEO of Tallinn Creative Incubator Anu Lõhmus: “We outlined our work as an experienced entrepreneurship support organization and introduced Tallinn Design House as a co-marketing and export sales platform for Estonian design brands. We received positive feedback on our unique incubation model, which acts as a launchpad for both creative companies and technology-oriented startups.”

The Meeting of the Chairpersons of the Conference of Parliamentary Committees for Union Affairs of the Parliaments of the European Union (COSAC) is a preparation for the COSAC Plenary Meeting, which will be held in Tallinn at the end of November. The main topics of the Plenary Meeting are the future of the EU, the role of national parliaments, the development of digital single market, the external dimension of migration, and the security issues.

This website uses cookies to improve your experience while you navigate through the website. Out of these, the cookies that are categorized as necessary are stored on your browser as they are essential for the working of basic functionalities of the website. We also use third-party cookies that help us analyze and understand how you use this website. These cookies will be stored in your browser only with your consent. You also have the option to opt-out of these cookies. But opting out of some of these cookies may affect your browsing experience.
Necessary Always Enabled
Necessary cookies are absolutely essential for the website to function properly. These cookies ensure basic functionalities and security features of the website, anonymously.
Functional
Functional cookies help to perform certain functionalities like sharing the content of the website on social media platforms, collect feedbacks, and other third-party features.
Performance
Performance cookies are used to understand and analyze the key performance indexes of the website which helps in delivering a better user experience for the visitors.
Analytics
Analytical cookies are used to understand how visitors interact with the website. These cookies help provide information on metrics the number of visitors, bounce rate, traffic source, etc.
Advertisement
Advertisement cookies are used to provide visitors with relevant ads and marketing campaigns. These cookies track visitors across websites and collect information to provide customized ads.
Others
Other uncategorized cookies are those that are being analyzed and have not been classified into a category as yet.
SAVE & ACCEPT